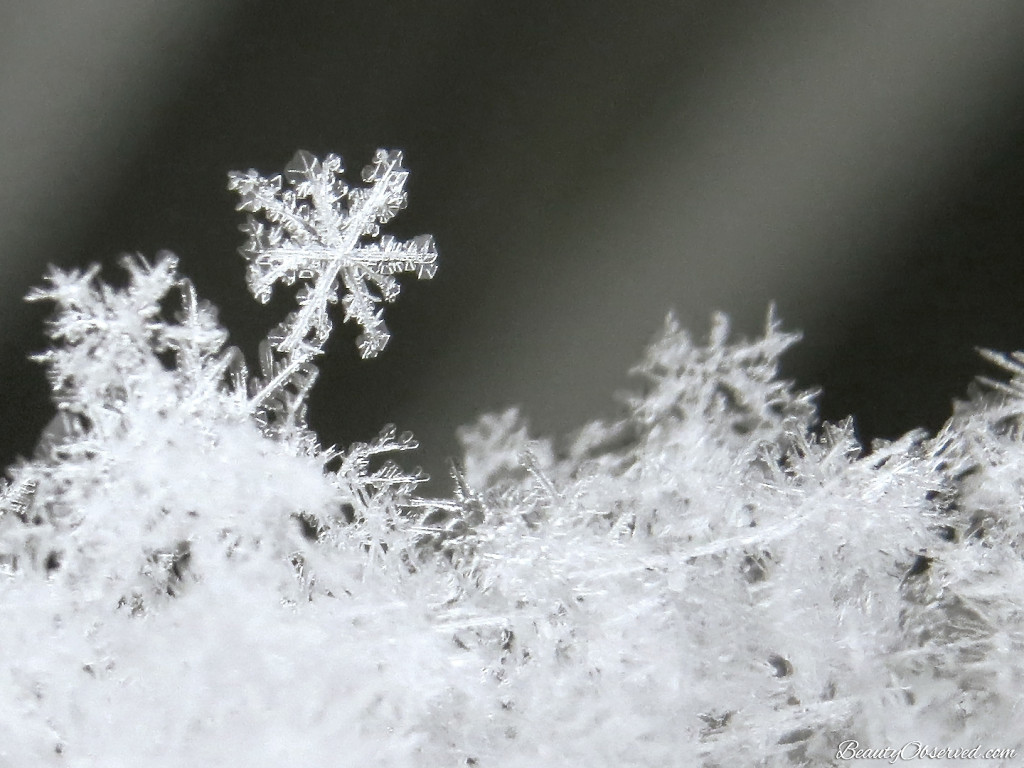 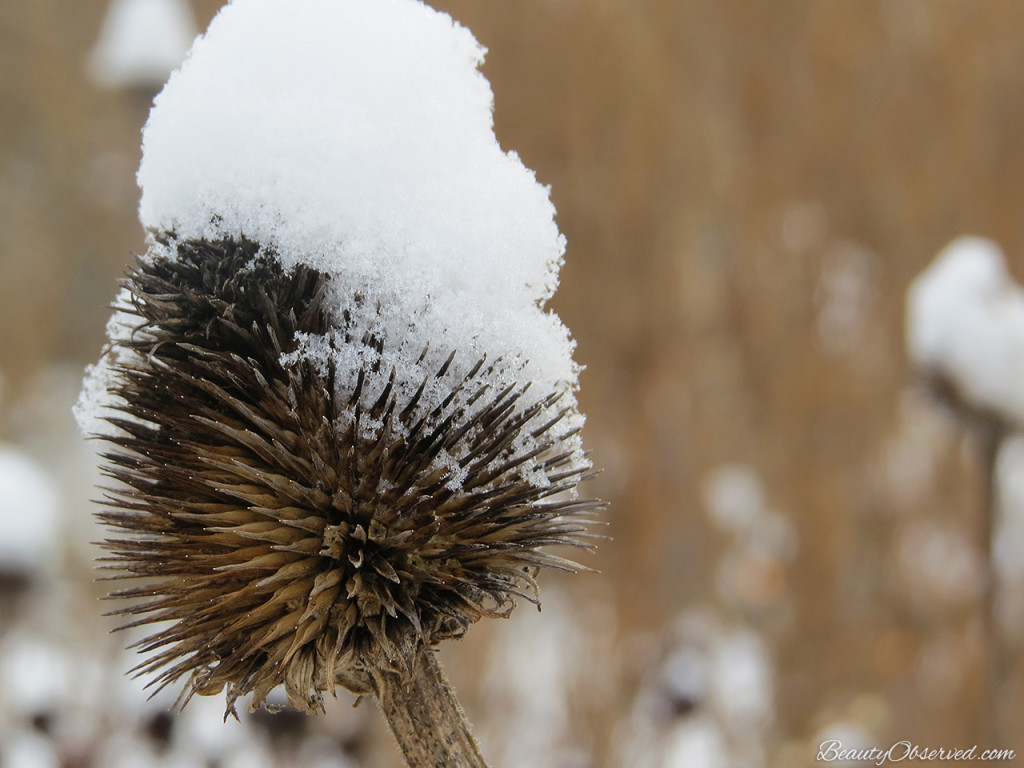 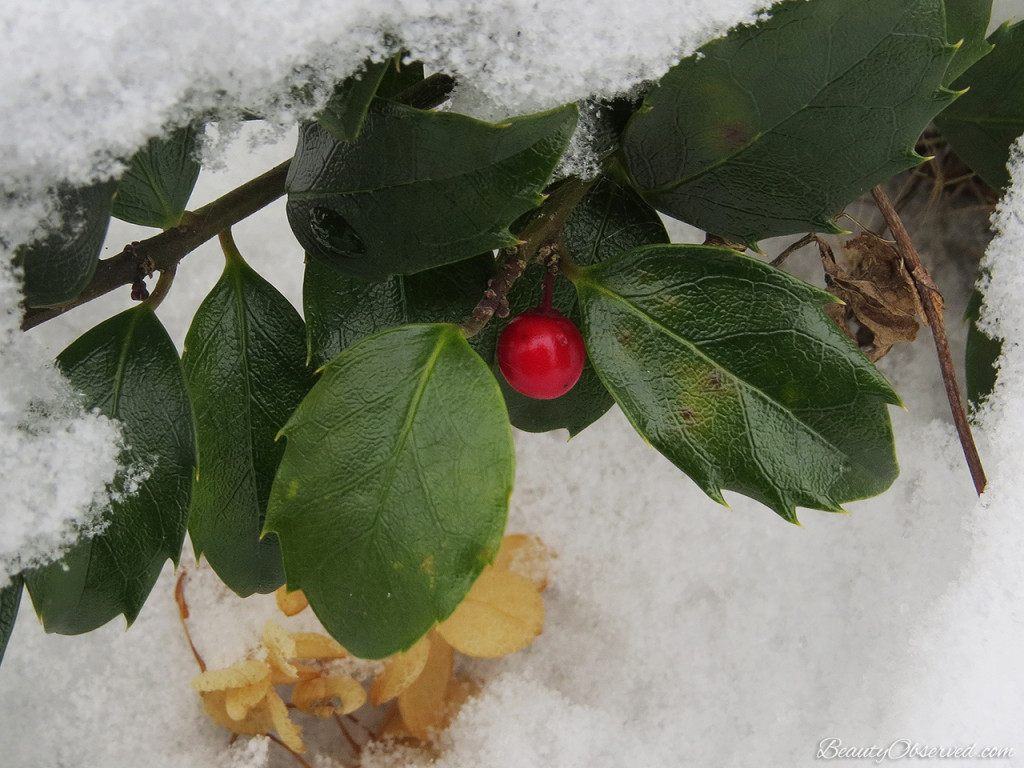 “For as the rain and the snow come down from heaven,
And do not return there without watering the earth
And making it bear and sprout,
And furnishing seed to the sower and bread to the eater;
So will My word be which goes forth from My mouth;
It will not return to Me empty,
Without accomplishing what I desire.
And without succeeding in the matter for which I sent it.
For you will go out with joy and be led forth with peace;
The mountains and the hills will break forth into shouts of joy before you,
And all the trees of the field will clap their hands.” ~Isaiah 55:10-12

Yesterday, I wrote about my UNword which was UNafraid.  I realized that I left out an action plan for when fear comes.  I don’t just want to get rid of fear and not replace it with something better.  So, here are three simple things we can do to keep fear away:

1.  Praise!  I find that when I put praise and worship music on in my house, I am instantly praising the Lord and not dwelling on all of the fearful things.  Lately, I can not get enough of this song and have played it a bazillion times.

2.  Pray!  Seems so obvious, doesn’t it?  But too often I find myself getting fearful and immediately picking up the phone to call a friend to hash out the problem.  There is nothing wrong with calling a friend because God gave us fellowship and a support system, but the problem comes when we are running to those other people first before we run to God.

3.  Ponder!  Joshua 1:8 says “Keep this Book of the Law always on your lips; meditate on it day and night, so that you may be careful to do everything written in it. Then you will be prosperous and successful.” Here is a list of 50 verses that can lead to peace. I have a friend that has a packet of index cards that she has written UNafraid verses on.  She carries them in her purse so that she can whip them out whenever she needs them.  I really need to do this.

What are some of the ways you cope with fear in your life? 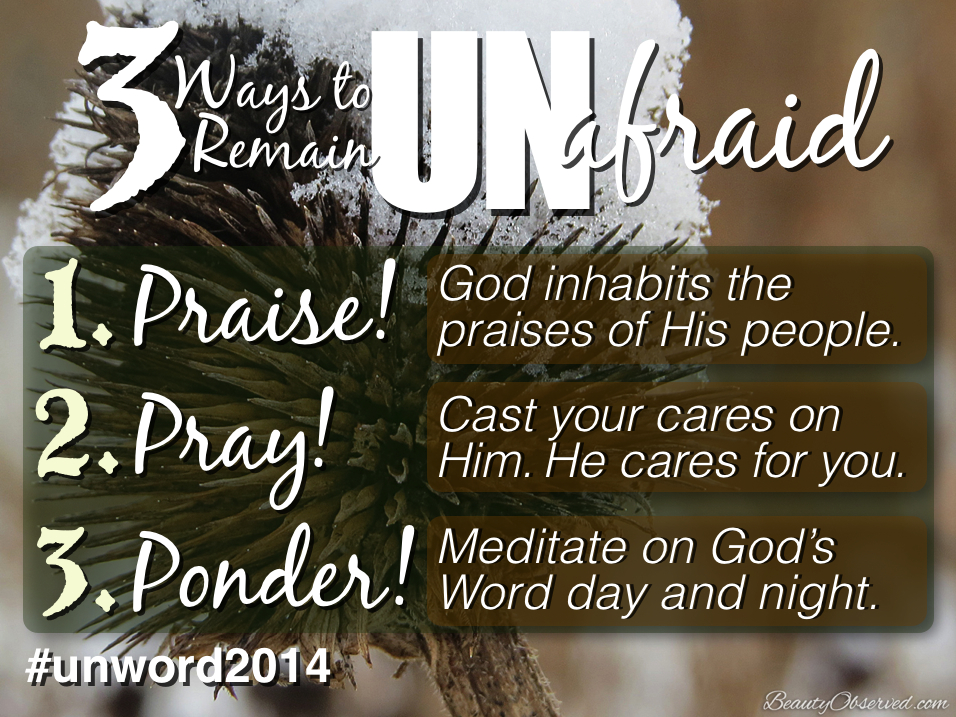 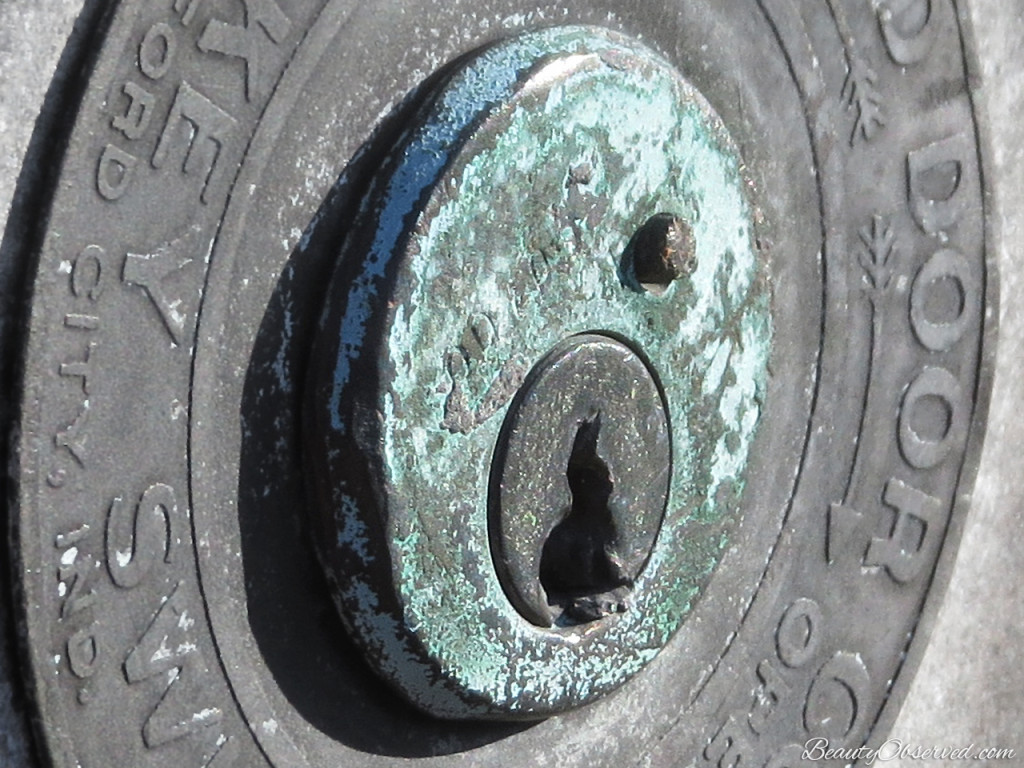 I read a few blog posts about the UNword.  An UNword is ”A word that haunts us, that we want rid of for good.  A word we want to {UN}do in our lives.”

I didn’t actually pick an UNword.  My word for this year is freedom.  I tried to convert it into an UNword and make it UNfree but that didn’t really work.  Then I wasn’t even going to write this post, but ideas kept rolling around in my brain. I realized that for me, being free meant getting rid of fear.  So, there you have it.  My UNword for 2014 is UNafraid.

I grew up in a home where fear dominated.  The weather report called for snow.  Nope, can’t go to the school’s awards banquet.  You have the opportunity to go on a trip.  Nope, you shouldn’t go because the plane might crash.

I saw a meme on pinterest the other day that said “The Bible says ‘Do not fear’ 365 times.  That’s a verse for every day of the year.” Attached was this verse:

So do not fear, for I am with you;  do not be dismayed, for I am your God.  I will strengthen you and help you;  I will uphold you with my righteous right hand.
Isaiah 41:10

So, I want to stop being afraid.  I don’t want to hide any more.  I just turned 45 and I think it’s about time that I share my photography and writing instead of being afraid that no one will like it or that they will criticize it.  Boy, this blog has streeeeeetttttcccchhheeed me since I started it at the end of October.

What are you giving up this year?  What’s your UNword?

Head over to Life in Grace, Nesting Place, The Painted House, and Fieldstone Hill and check out the other UNwords. 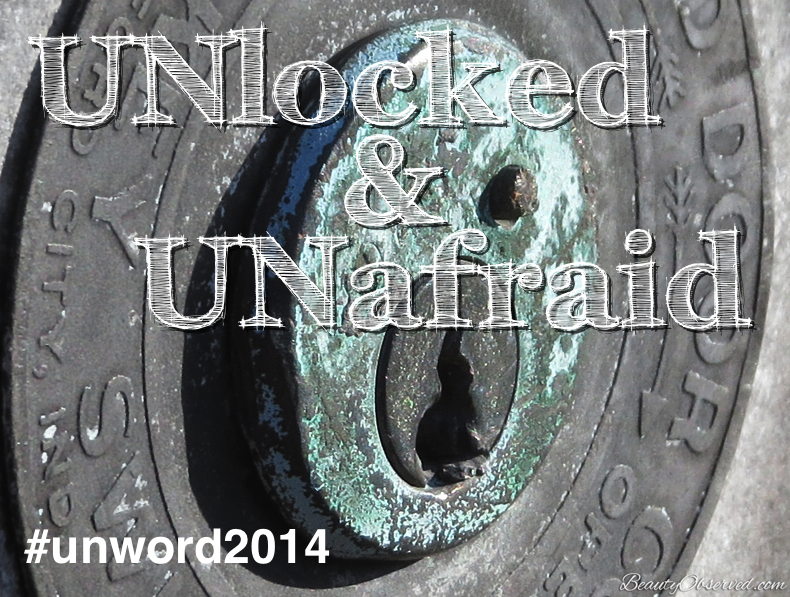 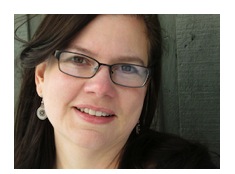 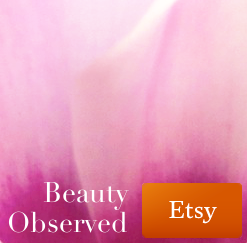